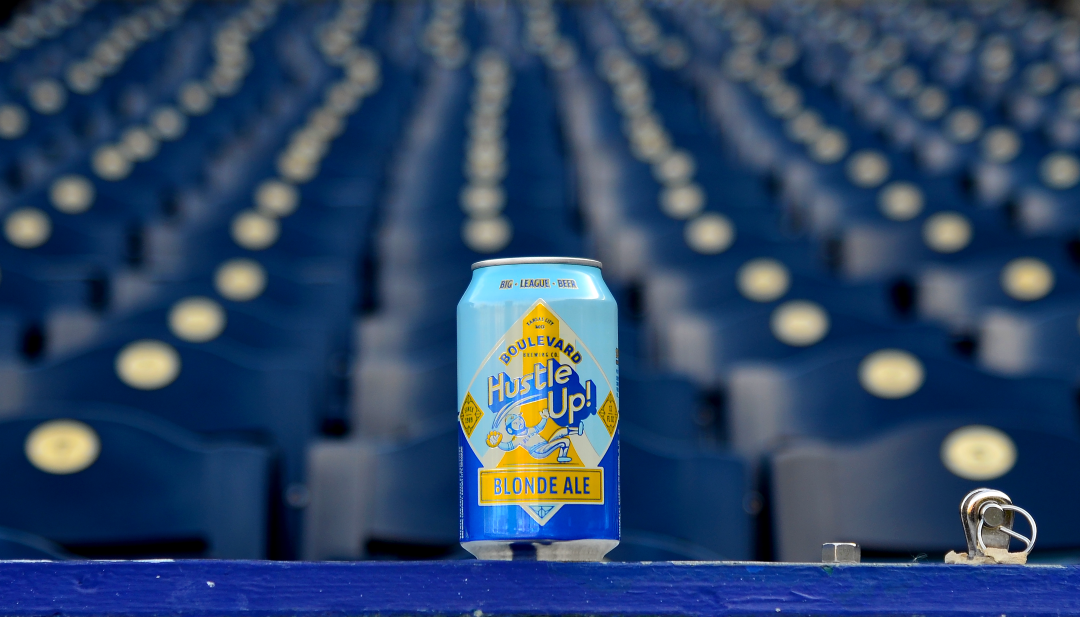 As part of the partnership, Kansas City’s Charlie Hustle Clothing Co. has created Two Hit Whit and Bull Dozier t-shirts, available now at Boulevard’s Tours & Recreation Center, Charlie Hustle’s Plaza store, and online at www.charliehustle.com and www.store.boulevard.com. The t-shirts cost $32, with a portion of the proceeds going to the players’ charities of choice – Big Brothers Big Sisters for Dozier and Ronald McDonald House Charities of Kansas City for Merrifield.

In addition, Boulevard will celebrate the start of the new season with a new limited release – Hustle Up! This refreshing, 100-calorie blonde ale will be available in grocery and liquor stores throughout the Royals’ viewership area starting today.

Kristi Hutchison, Chief Marketing Officer for Big Brothers Big Sisters KC, said, “There are more than fourteen hundred active matches in our program, but still nearly five hundred children waiting to be matched. This partnership will help us tackle that number.”

Dozier said he couldn’t be more excited to help the non-profit organization.

Tami Greenberg, CEO of Ronald McDonald House Charities of Kansas City, added, “Last year, we kept over eight thousand families close to their sick children during some of the most important days of their lives. We are grateful for the generosity and continued support of Boulevard, Charlie Hustle, and Royals Charities.”

Merrifield is thrilled to continue the partnership and to raise money for, in his words, “some of the best people around.”

Boulevard Brewing Company is the largest specialty brewer in the Midwest. Their beers are available in 41 states and 11 countries. Learn more at boulevard.com, or find them on social at facebook.com/Boulevard, twitter.com/Boulevard_Beer and instagram.com/Boulevard_Beer.

22 Smoked Beer Recipes You Can Brew at Home