I played a lot of Startopia growing up. If you are unfamiliar, it was a weird management game where you were in charge of running a port on a big, donut-shaped space station. Last year Spacebase Startopia was announced, a sort of remake-slash-sequel to Startopia made by a different studio, and this weekend it went into a closed beta. So what else could I do, but suit up and go back into orbit? Honestly, every time I get out…

If you’re a Startopia fan, Spacebase Startopia feels like an off-brand version of the original. When you first start, everything seems very similar to, and yet slightly different from, how it was when you played before, as if you’ve gone into Aldi and bought a box of CHOCO WEETIES CEREAL HOOPS. You have a sarky AI, but it has a feminine robot voice. Communications arrays on your space station used to be manned by Targs, squat little beetles with spacesuits; they’re now run by Bugs, squat little beetles without spacesuits. The tall, slim archetypal Grey aliens who served as doctors are now… well they’re the same, but shorter. But once I got over that weird “déjà vu but not” feeling, I found Spacebase to be in good shape. 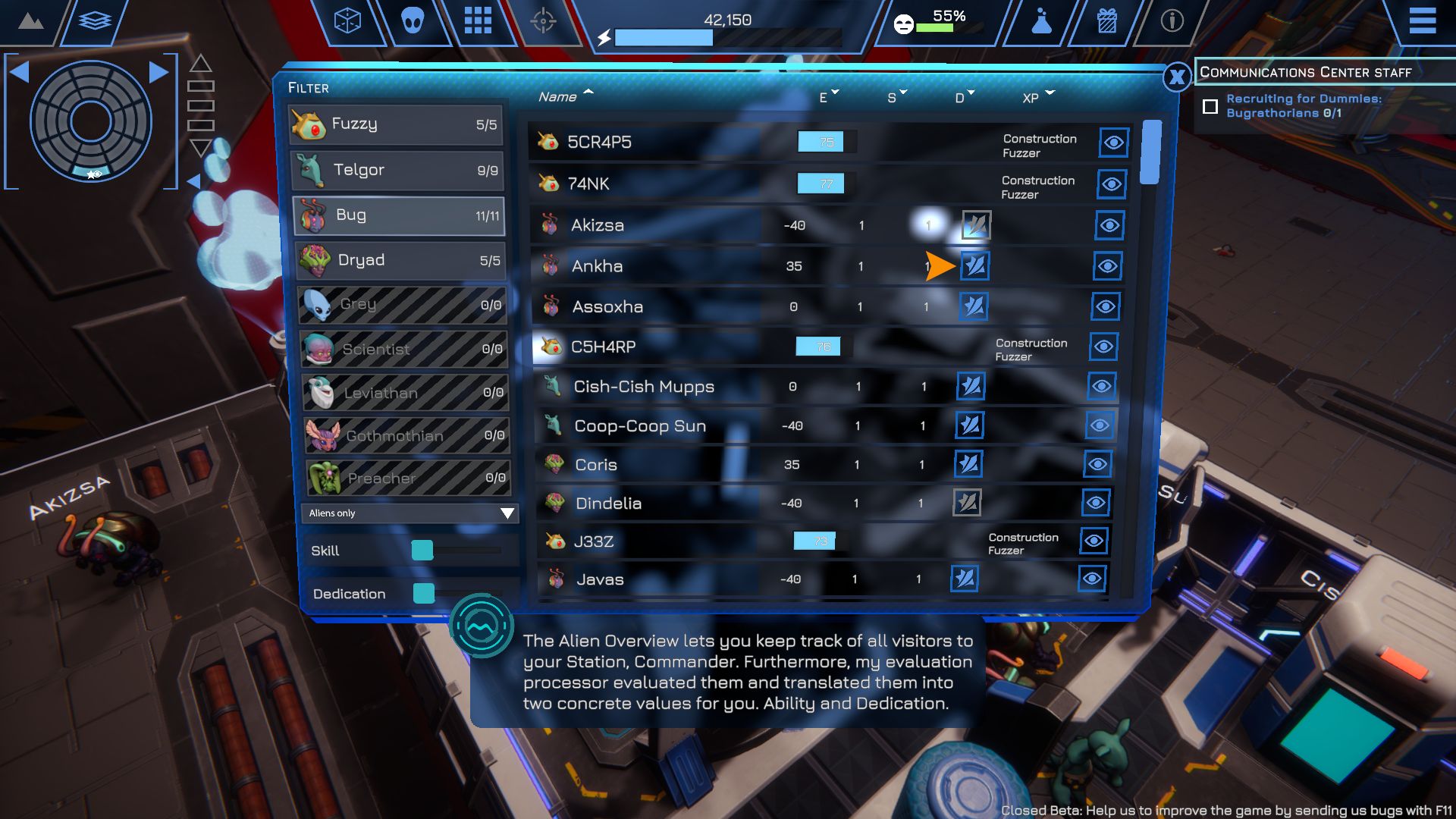 I really want to know more about the Leviathans.

It’s clearly not in a complete state, though. The beta offers the tutorials, the first two campaign missions, and a “Skirmish mode” that just had a basic economic win condition, so clearly more is to come there, as well as behind the tantalising ‘multiplayer’ button on the home menu. The basic premise remains the same, though: balance the needs and wants of all the different alien species wandering around your big Space Butlins, while also hitting some other goals.

Your spacebase is divided into three decks: a sort of general living area, an entertainment deck, and then a big alien garden on the top floor. And unless I missed something, the beta doesn’t provide access to all the rooms you’ll be able to build in the full game. Either that, or the entertainment deck is cursed to be one giant disco and nothing else. Spacebase Startopia adds a few more modern game sensibilities into the mix, such as a research tree to unlock access to new rooms and objects to build – but that, too, is not fully implemented in the demo. 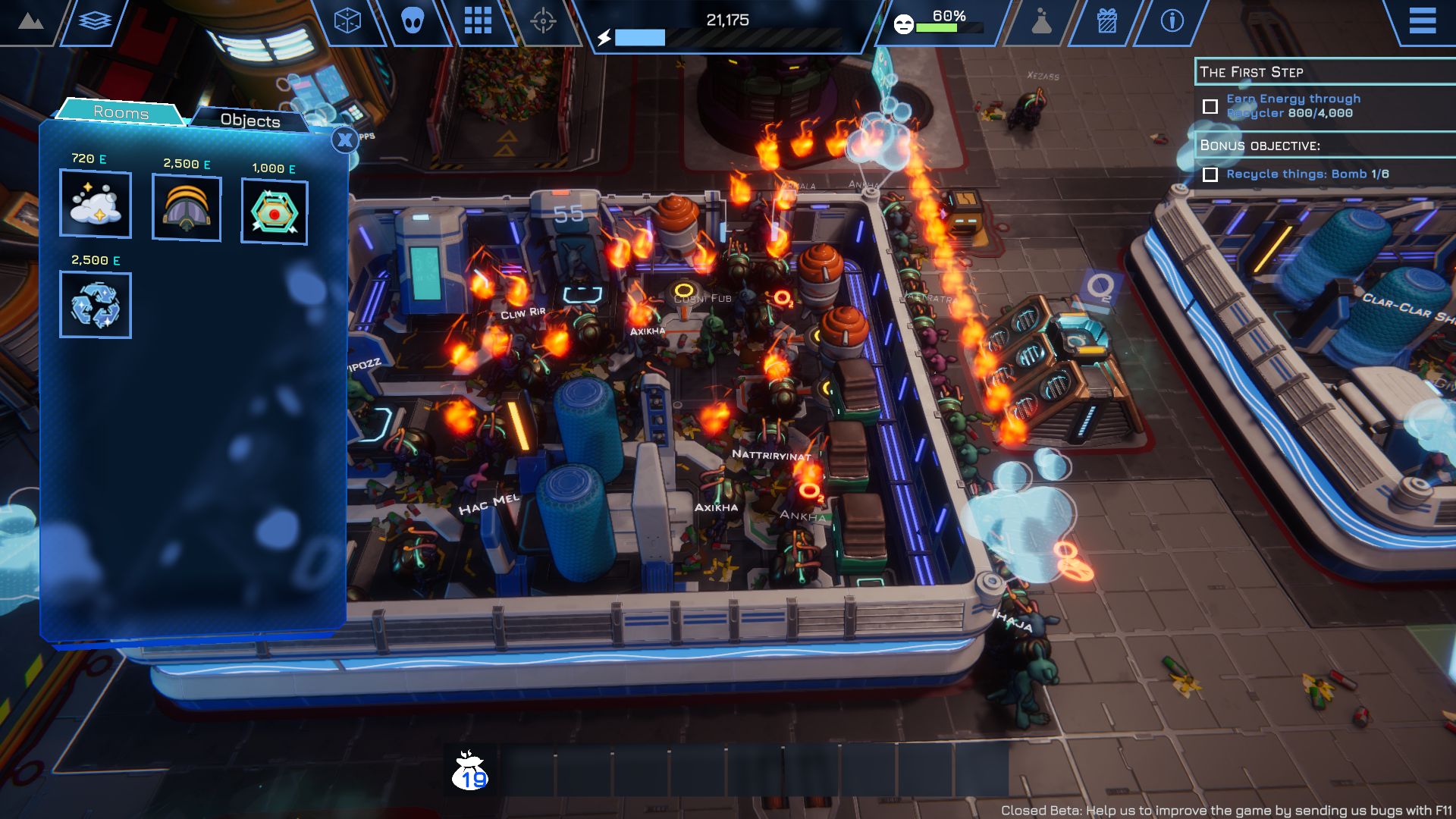 Here everyone is furious because I laid out my rooms terribly.

The thing with betas is that it’s hard to tell what other, more nebulous problems might need to be solved. The menus are a bit opaque, especially if you want to tell at a glance which aliens you’ve employed, or are in need of a promotion. There’s a filter for employees only, but it’s not very obviously flagged and I can’t help but think a separate screen would be better. Also, what do the stats like “dedication” actually mean in terms of an alien’s behaviour? I could not tell.

The controls for building rooms and placing items aren’t difficult, but figuring them all out did require a bit of trial and error (there is a separate button in the build menu for “mode where you can move item blueprints around”, for example). The landscaping tools for your garden deck are a bit awkward. Also, while I am griping, I would like to be able to angle the camera on the Y axis to look up, ‘cos right now it’s fixed, and it feels like wanting to look at the ceiling whilst someone points your head at the floor. 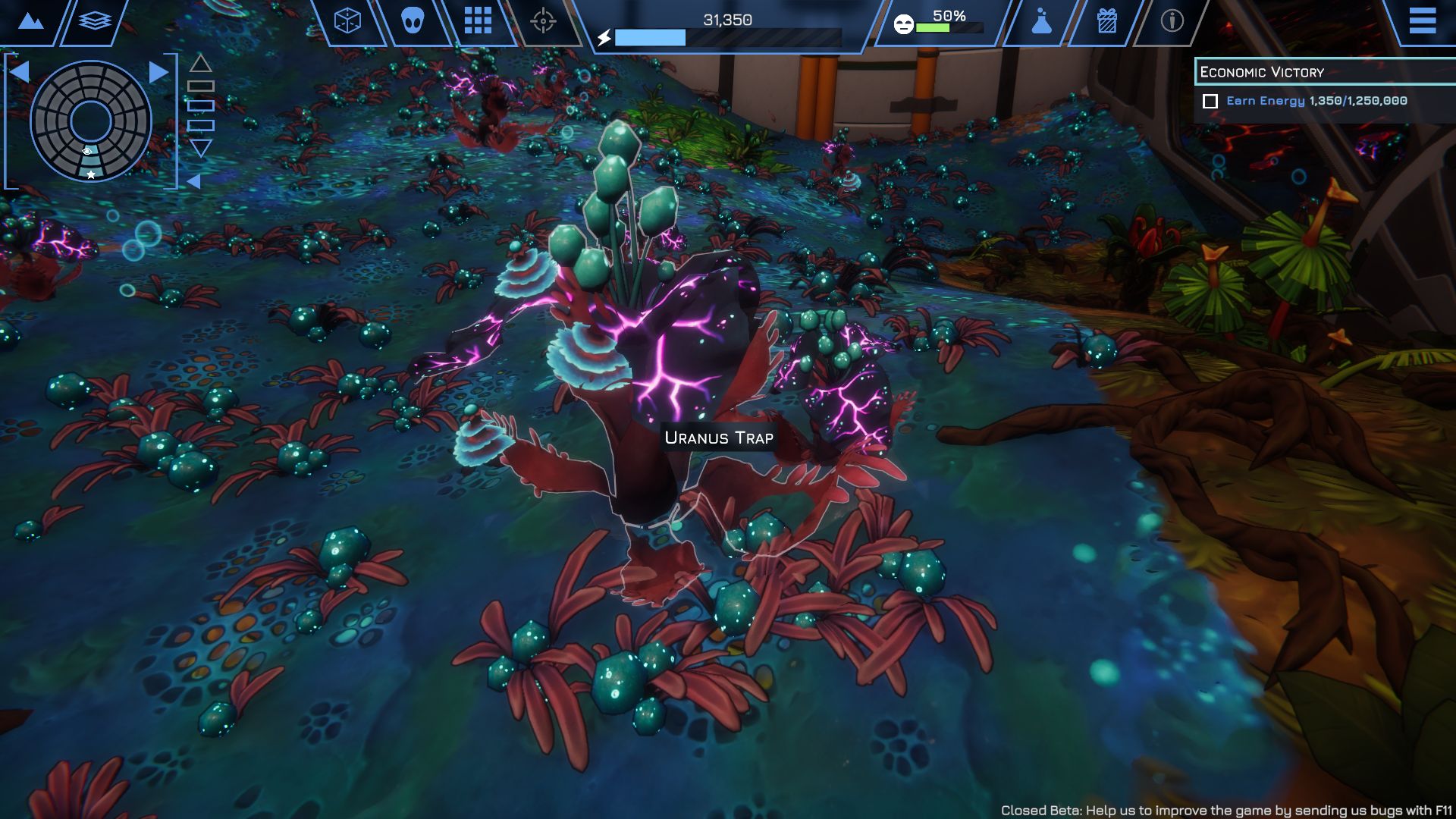 Complaints out of the way, though, there’s already a lot in Spacebase Startopia that I really enjoy. You can get a quick feel for what you need to look at or change from a kind of Twitter feed, where you’ll see trending topics based on what people are angry or happy about. Sometimes the AI will offer you a little devil’s bargain choice – make the air filters more efficient, but increase the likelihood they will explode: that kind of thing. And best of all, the tone has settled on “funny satire of space tropes” rather than “wacky japes”. Although there is a plant species called Uranus Trap. I ‘spose we weren’t going to escape that one. Boom boom.

I was most enamoured of the little detail work. Take, for example, the animations for different aliens. When visiting the ol’ discotheque on the ents floor, the aliens all do a different dance. The Dryads, who are the gardeners, headbang. 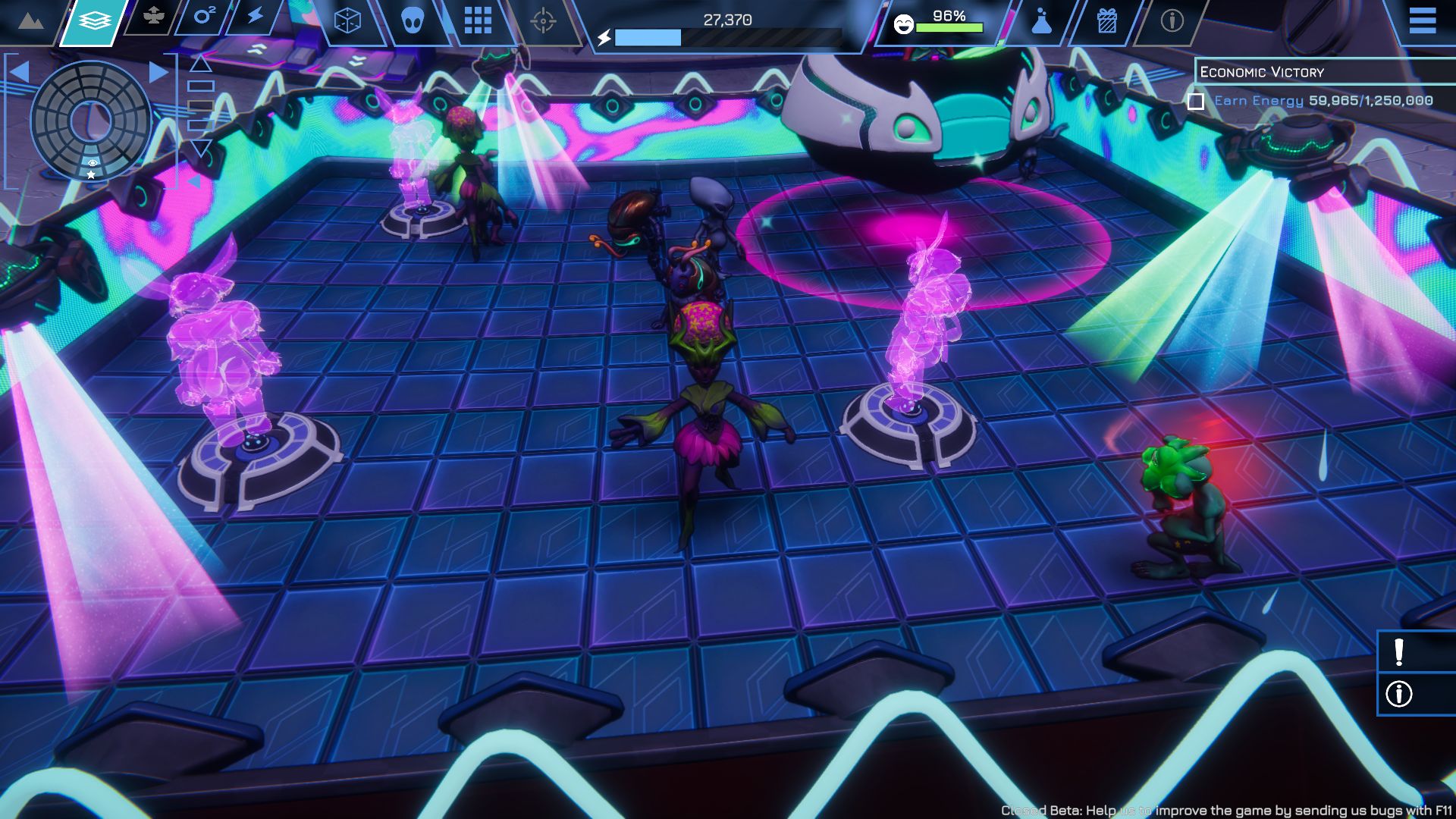 The rubbish bins are actually little robits, who sit still while garbage is chucked into them and then, when they’re full, walk over to your recycler and throw it all up out of their robit mouth, whilst doing an ASCII style BLEEEUUURGH face. 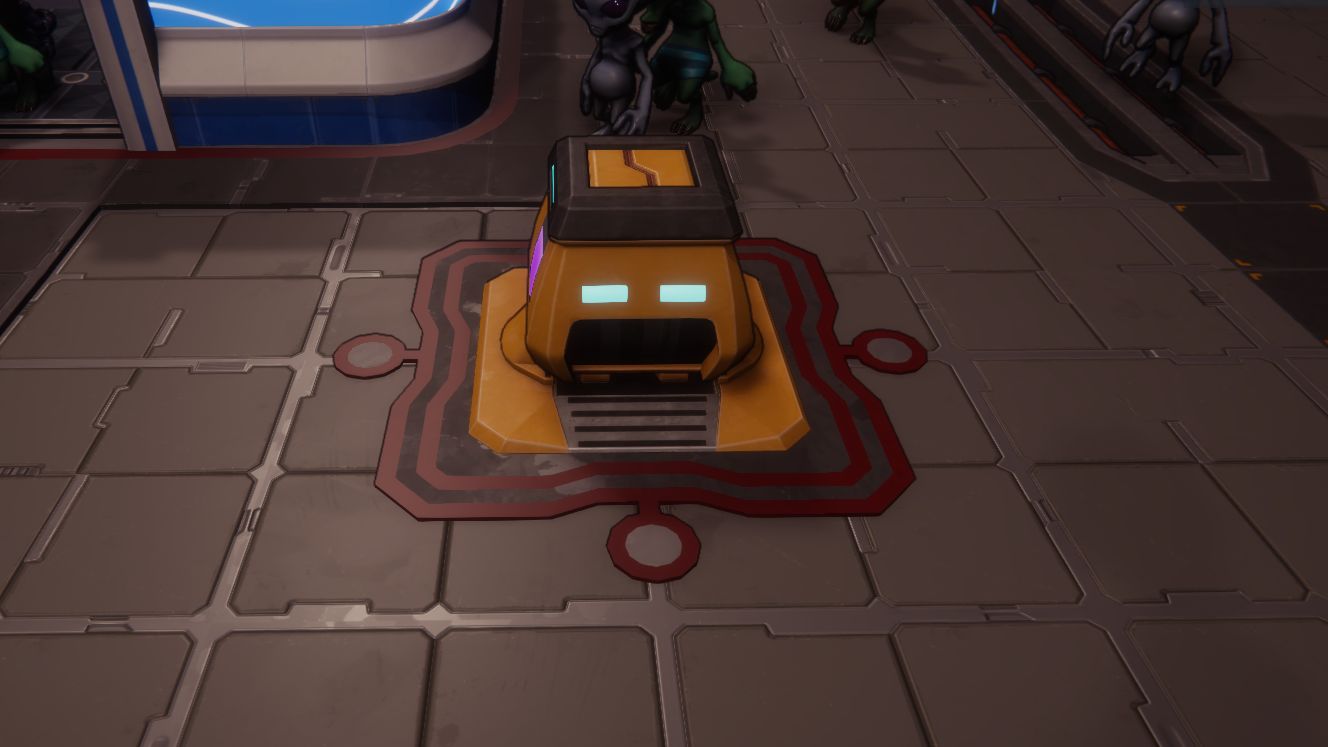 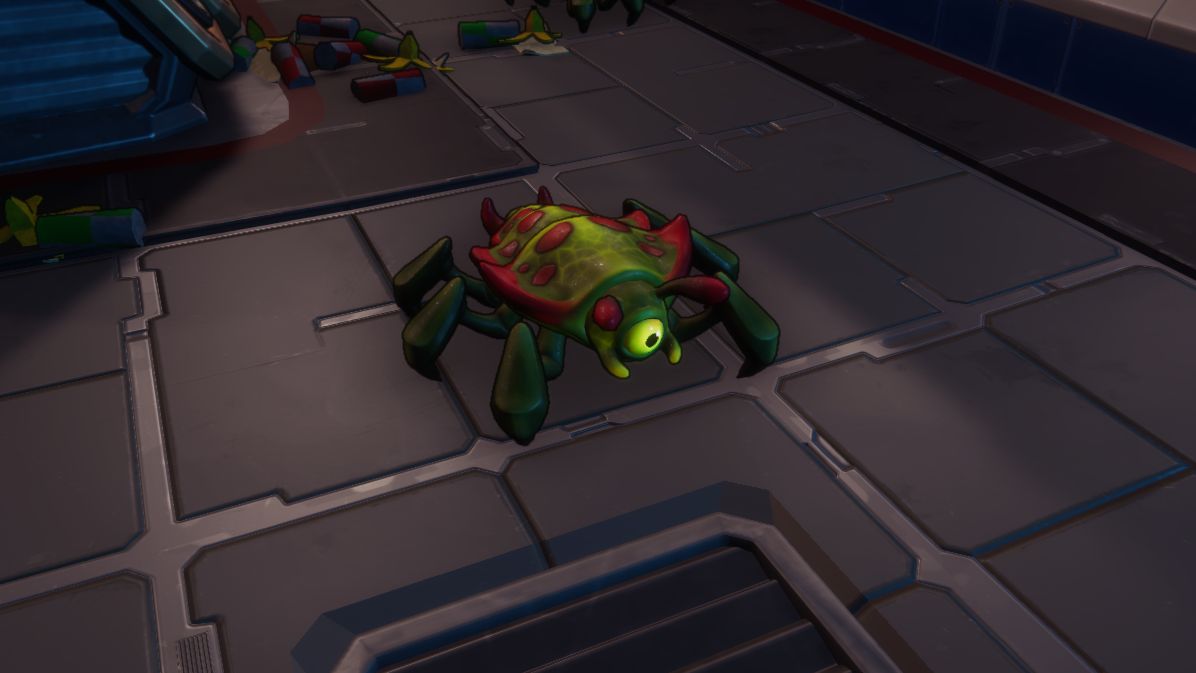 And, importantly, the management aspect of it works well. In fact, one of the most interesting things is how you can use the environment of your station as part of your economy. Money is represented by “energy”, like in the original, and it’s a cool system because the more things you build, the bigger a drain on your energy it is. Rooms can actually lose power if you stretch yourself too thin. But in Spacebase, the link between how you look after your station and how that can feed into your success is more explicit – it’s pointed out by your AI helper, in fact.

Rubbish is a key part of Spacebase Startopia, at least in its beta form. You can recycle it to provide more energy, but leaving it lying around creates a bad atmosphere (literally, poor air quality) and increases vermin. This makes people sick, and in the second campaign level your goal is to cure patients, so my AI pointed out that I might want to not clean up, especially since people pay money to be treated. This was a lesson I applied to my skirmish games. 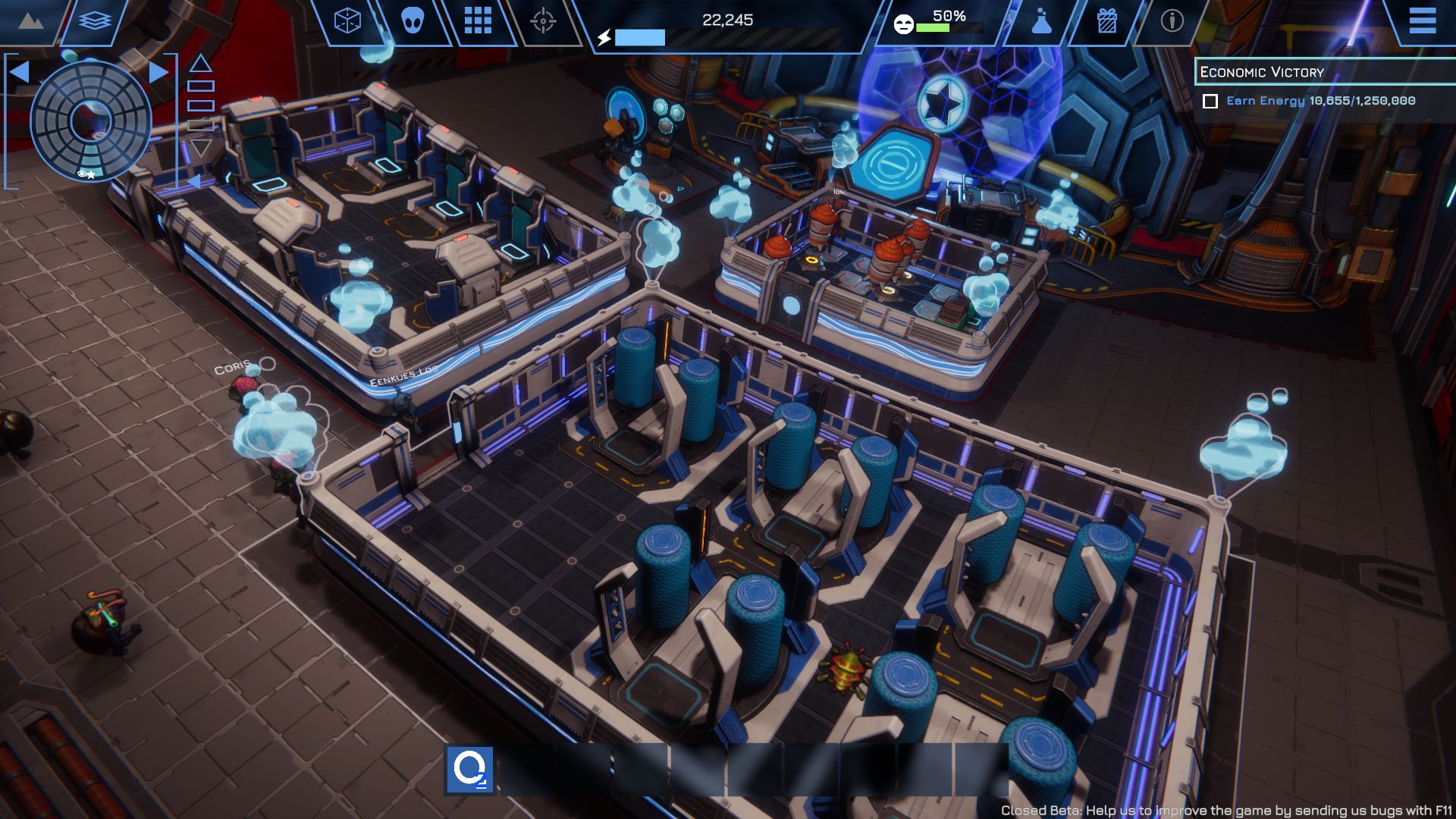 I built my first floor with maximum efficiency – separate rooms for showers, sleeping births and food dispensers. This ensured that the rubbish was mostly contained in the food dispenser rooms, so most of the deck was alright. Even though the place ended up crawling with vermin, I placed air filters carefully to keep the atmosphere nice. Then I built a disco on the second floor and did absolutely nothing to improve the air quality there.

Everyone went into the disco, got sick from how grim it was, and then went and got treated in one of the many medical rooms I built on the first floor. My station got a constant supply of funds, and a satisfaction rating of between 80% and 90%, even though it was making people sick and was full of one-eyed alien space spiders. It was a management game production line, but made of people! I’m a genius! 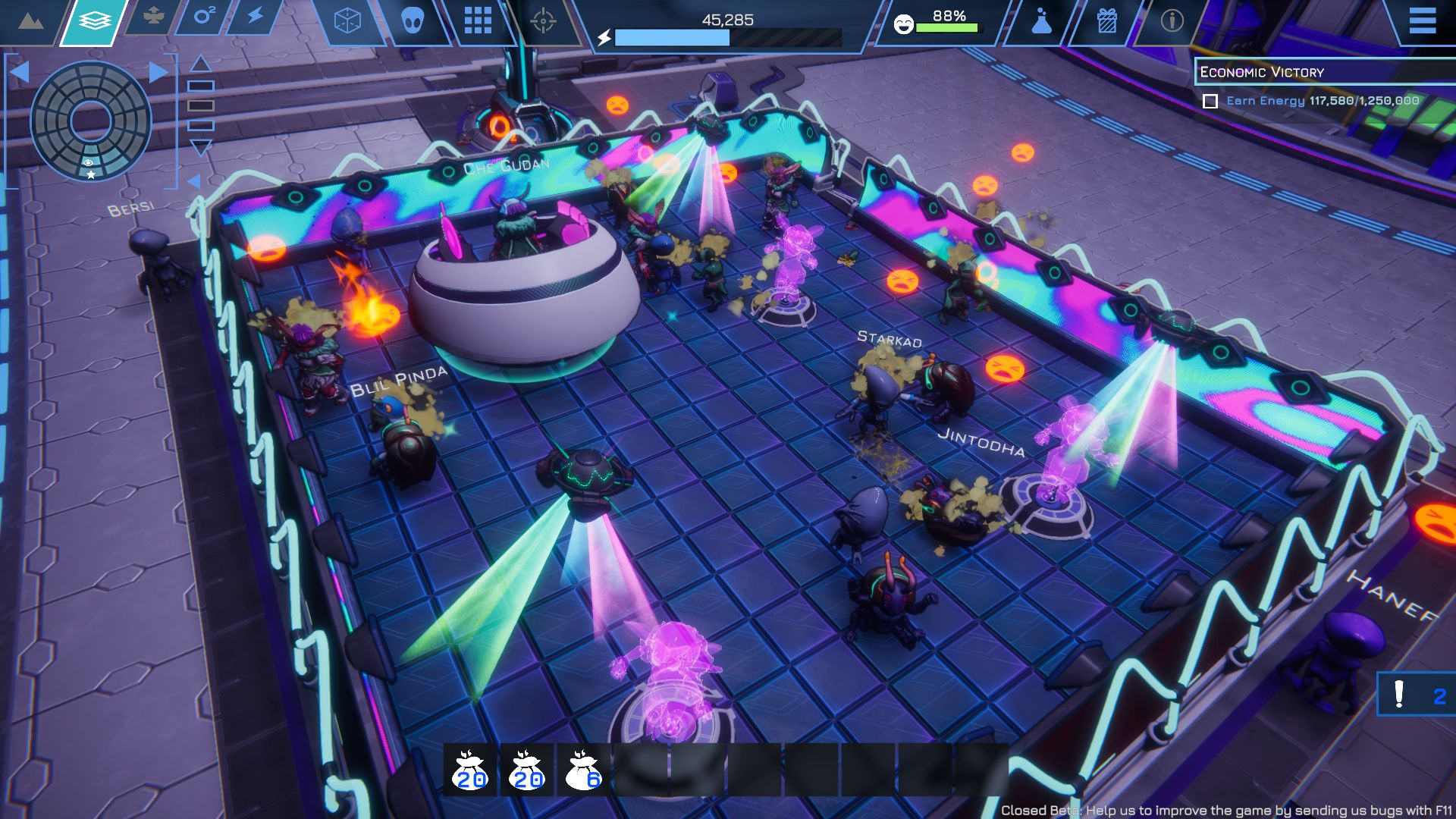 It was a knife edge that I enjoyed balancing on, until I slipped and the first floor got a bit too grim, partly because I didn’t have enough droids sweeping up junk, and partly because all the employees at my recycling plants were sick and queuing at the doctors. This is another reason a staff management screen would be handy. At that point, there was so much garbage and so many vermin scuttling about, the game seemed to have a brief freak out and my mouse commands stopped working. Betas, hey?

But I can already see how I can make use of more production chains. Funnelling medical supplies and oxygen from the plants harvested on the top deck. Researching how to build more droids in a factory! EVEN MORE DISCOS! So even though there is a whole lot more space pudding to eat before we get hold of our proof, I am pleased with Spacebase Startopia so far.

Homeland Security Leaders on Defensive Amid Calls to Withdraw From Portland