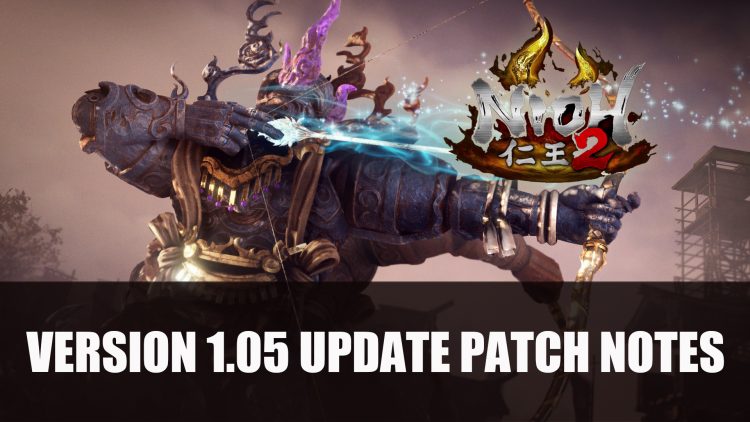 Publisher Koei Tecmo and Team Ninja have released the update version 1.05 for Nioh 2 which includes number of adjustments and bug fixes.

The latest update for Nioh 2 version 1.05 has now gone live, this includes various bug fixes and adjustments for the Action-RPG. This includes gaining Proficiency faster when you use a weapon that is not as high in Proficiency as your highest proficiency leveled weapon. Another change is that some of the Dojo missions now will require less Proficiency to take part in them.

Gaki have been nerfed, their health has now been lowered along with the power of some of their attacks. Enemies Yoki and Enki have now received lowered strength for a few of their overpowered attacks. Another adjust is to Guardian Spirit Hiyokucho‘s blessing called Medicine Burst, it will now affect Acolytes. The range of the blessing has also been capped from an infinite ranged to a distance of seven meters.

You can check out the full list of adjustments and bug fixes below:

For more info on Nioh 2 you can drop by our Nioh 2 wiki. If you’re currently on your Yokai filled adventure be sure to check our Nioh 2 builds for your perfect playstyle. To keep up to date with all patch changes bookmark our Patch Notes page.

For more news be sure to check out next GDC Summer Will Happen This August and Playstation 5 Specs Reveals 10 Teraflop GPU And Expandable SSD Slot. Looking to try a few games this weekend? Check out Free Demos And Trials To Play This Weekend.

View my other posts