(PORTLAND, OR) – Von Ebert Brewing, the award-winning and locally owned Portland-based brewing company, will release three canned pilsners on Friday, including the introduction of Newest American Pils, a brand new addition to its lineup of pilsners. 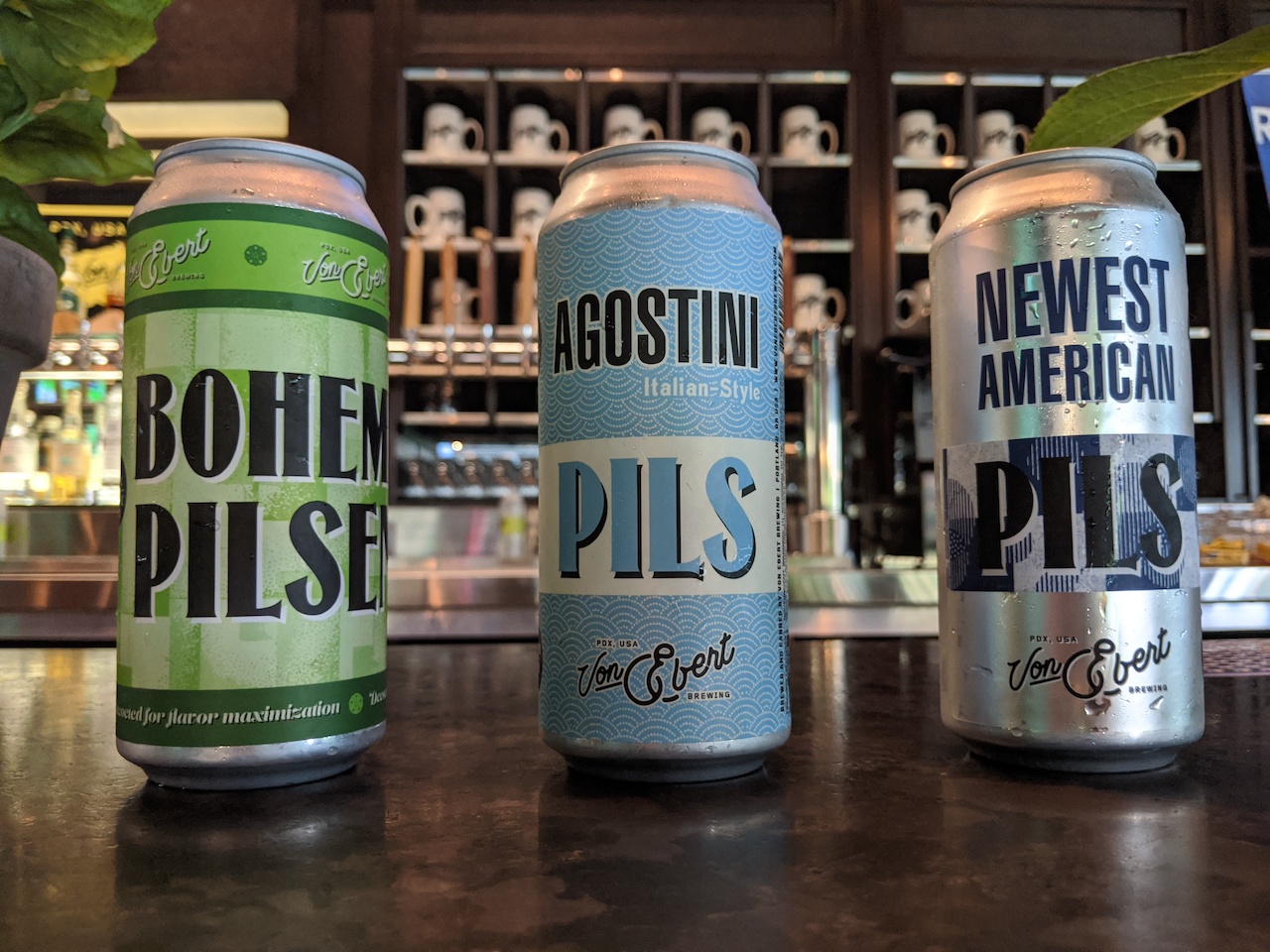 Newest American Pils is the third in the “Modern Pilsner” concept series introduced by Von Ebert. The brewery has used the series to showcase very modern hop varieties on the base of a pilsner.

“This beer really brings together the old world and the new world,” explains Jason Hansen, Lead Brewer and Blender, Von Ebert Glendoveer. “A combination of old world mashing and fermentation techniques combined with the hop palate that the present day affords us, Newest American Pils brings together the smooth crispness of a classic lager with the fruit-forward and dank hop flavors and aromas of today’s aggressively hoppy beers.”

While the first two iterations in the series focused more heavily on hops that provide citrus flavors, Newest American Pils leans into hops known more for their dank characteristics. Simcoe, Enigma, and Mosaic hops provide the beer with flavors of pine and dark berry, along with a bitter crispness. The beer clocks in at 4.8% ABV.

Also being released on Friday are fresh cans of Agostini Pils and Bohemian Pilsener.

Bohemian Pilsener is a 5.0% decocted Czech-style lager that uses 100% Czech Saaz hops. It carries bready characteristics from the malt, along with floral notes from the Saaz hops.

All three beers will be available in 16oz. can four-packs on Friday, October 30, at both Von Ebert Glendoveer and Von Ebert Pearl. The beers will also soon appear on draft at both locations.

Von Ebert Brewing sits at the crossroads where storied traditions meet bold new ideas in brewing. Independently owned and operated, Portland, OR, based Von Ebert produces award-winning beers in a variety of styles. In addition to modern IPAs and crisp lagers, the oak-aged, bottle-conditioned heritage beer program sets the brewery apart. All of the beers pair perfectly with the elevated American pub cuisine served at both brewpub locations. For more information, please visit www.vonebertbrewing.com.

Denial and Defiance: Trump and His Base Downplay the Virus Ahead of the Election

I’m proud of this