I wanted to share my experience with you from repairing a Krups EA9000. So my father bought this machine a few years back and enjoyed it ever since, but since a few months he had a problem with the grinder. He tried to open it up and fix it, but never managed to get to the root of the problem. So the last time I visited him I have seen this machine outside, he told me he wanted to throw it out so I decided to give it a try.

I have to confess, I never was a big coffee drinker (I know, wrong sub and so on, but still this experience could be helpful to some of you). Still, since I like to tinker with machines, I decided to take the machine and take it apart to maybe find the root of the problem. After many hours of trying to disassemble the machine, I finally reached the grinder and decided to also dismantle this one. And here I realized the problem, a good summary of a similar problem you can also find in this post. Since I did not have a 3D printer by hand and wanted to fix it right away, I decided to go with a little macgyver solution (as seen in the picture). And after putting it back in (multiple times in the wrong direction) it really worked! Since the paddlewheel really just has the job to push out the coffee, this apparently can be done by cable ties. It may not be the optimal solution and you can easily print this paddle wheel with a 3D printer or order it at some company, but for me it is enough for now 😀 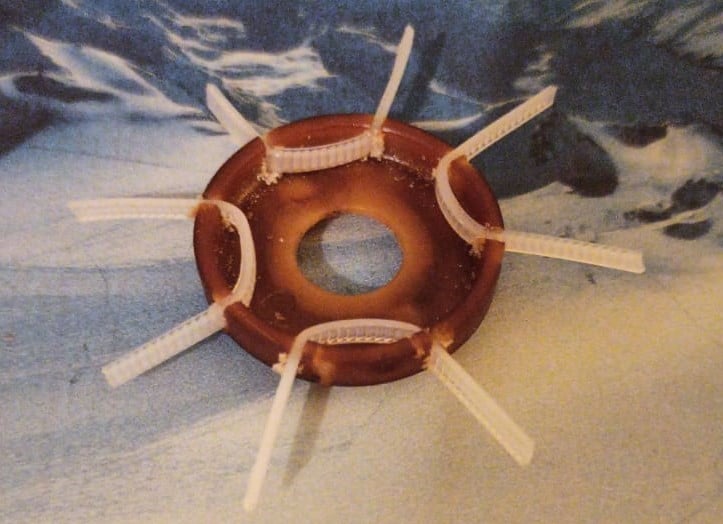 So in general what I wanted to share with this post: Do not give up your equipment because of some mysterious watery coffee! Maybe you have to bring it to someone familiar with machines/repairing (there is a torque limiter inside and some other sensible equipment), but you do not have to throw it out!

Hopefully my experience with this can help some other people to find the courage to repair their coffee machine.

edit: Not familiar with posting, so had to add the picture.