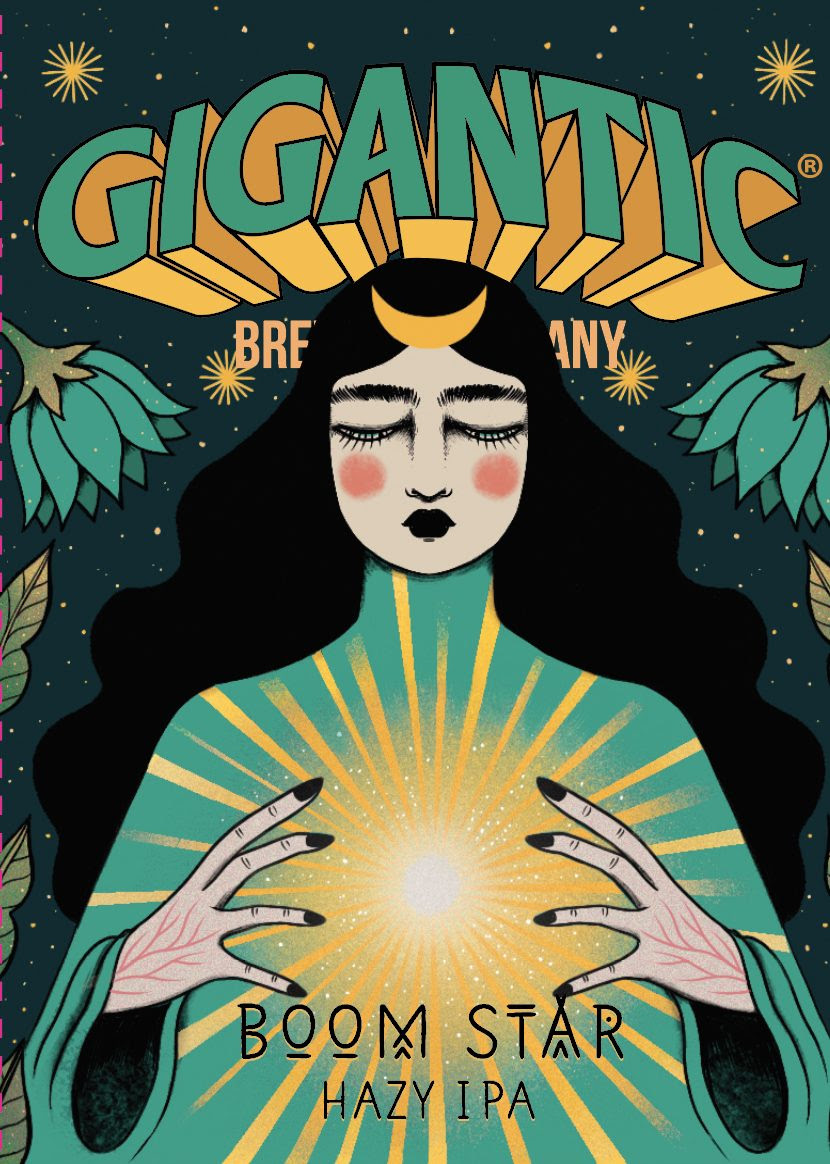 Gigantic Brewing brings the next big hazy with our newest release Boom Star IPA! After launching our first hazy IPA back in 2018, we became fascinated with the hop flavor and profile of these beers. Our journey to bring you the juiciest IPA continues! Boom Star is a scintillating combination of Galaxy and Citra hops that will bathe you in an abundance of sweet tropical citrus.

For this Hazy IPA, we combine the absolutely gorgeous Galaxy hop from Australia with Citra hops from the Pacific Northwest. Both hops are known for their intense orange, tangerine, kumquat, citrus aroma. They also possess other tropical and citrus aromas and flavors that make this combination magical.

We had the pleasure to work with the very talented artist Jennifer Parks on the Boom Star label. She is an illustrator, ceramic artist, activist, mother, nature lover and believer in magic. She currently lives in Portland, OR. where her world is filled with ghosts, cats, and witchy women.

Join us for First Taste Tuesday featuring Boom Star Hazy IPA on March 23rd at both The Brewery and Champagne Lounge (5224 SE 26th Ave) and the Robot Room at Rocket Empire Machine (6935 NE Glisan). You can also look for Boom Star on draft and in 16.9oz refillable bottles in the Portland metro area, and along the west coast in CA and WA! 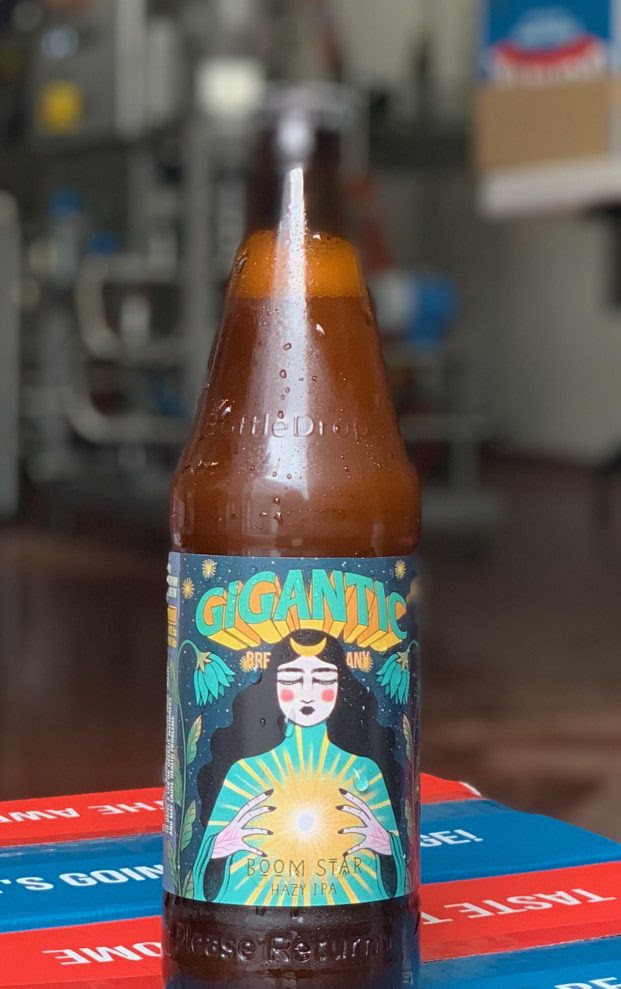 7 Mezcals to Warm Up Your Winter